Galactic Smash: Game Over! is the 41st episode of the series.

Chiro and the Monkey Team get separated, and the Super Robot torn to pieces; but with Shuggazoom now as the target in Galactic Smash, they must find a way to reunite with one another and destroy the evil threatening their home world. 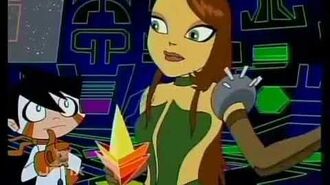 Retrieved from "https://srmthfg.fandom.com/wiki/Galactic_Smash:_Game_Over?oldid=11010"
Community content is available under CC-BY-SA unless otherwise noted.