Hunt for the Citadel Bone is the 21st episode of the series.

When a fragment of the Citadel of Bone's spotted, you can be sure the Hyperforce is after it. But when they come across an old legend piloting, the team get a lot more than they bargained for. Sure enough, the Citadel is still in existence and restoring itself. The monkey team must retrieve this strange man's crew and put an end to the evil before it starts, unless this legend let his thirst for revenge end everything.

Its plot is similar to Star Trek II: The Wrath of Kahn, which took its inspiration from Herman Menville's Moby-Dick. 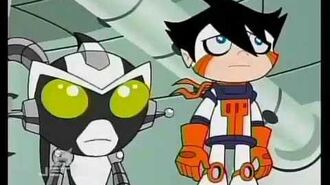 Retrieved from "https://srmthfg.fandom.com/wiki/Hunt_for_the_Citadel_of_Bone?oldid=10978"
Community content is available under CC-BY-SA unless otherwise noted.